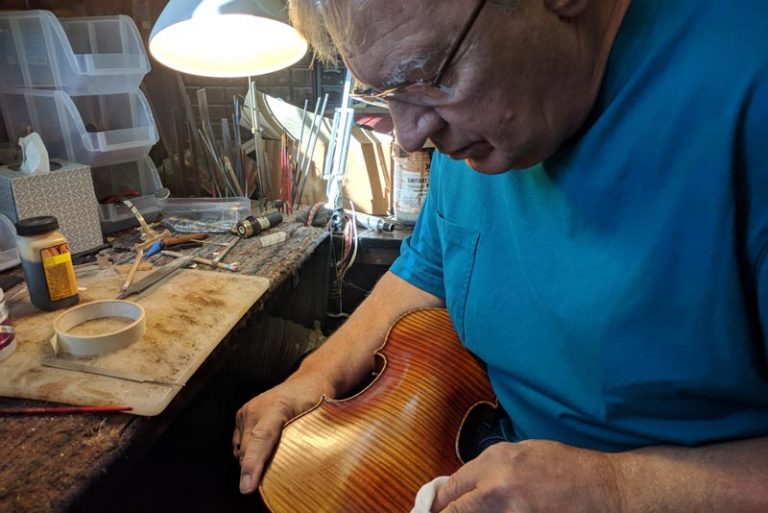 John Kirk began playing the cello at the age of 10. He progressed into college graduating with a Master of Music from Boston University in cello performance studying under George Neikrug. After his travels to Paris studying with Nadia Boulanger, Munich and beyond playing his cello, he thought he might try his hand at making his own cello.

Antonio Stradivarius
Years ago, John had the opportunity to take digital age measurements of a 1701 Antonio Stradivari violin. The violin was privately owned and farily unknown to the violin world but had solid papers of authentication by Francais and Hill & Sons. Most patterns taken of valuable instruments are limited in their accuracy by luthiers being able to copy only the silhouette (line pattern) and the f-holes. Having access to the instrument for a number of days allowed him to learn a great deal about its plate graduations as well as to digitally analyze its graceful top and back arches. Pictured here is one of our examples. We have sold a number of violins of this pattern to players who have been astounded by the power, clarity and depth of a modern violin while also carrying a distinctly aged sound of an old Italian instrument for an affordable price.
Anno 2014 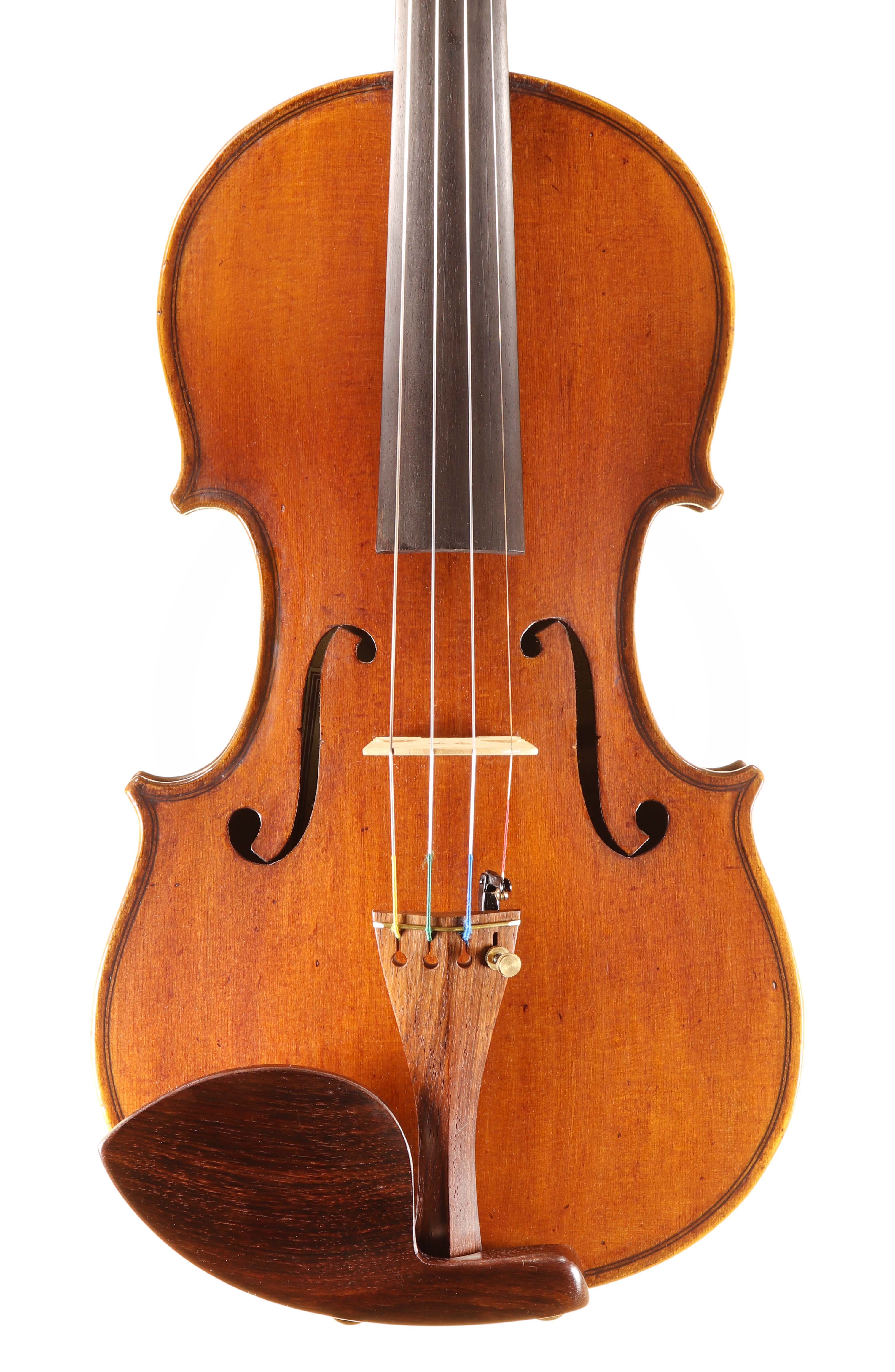 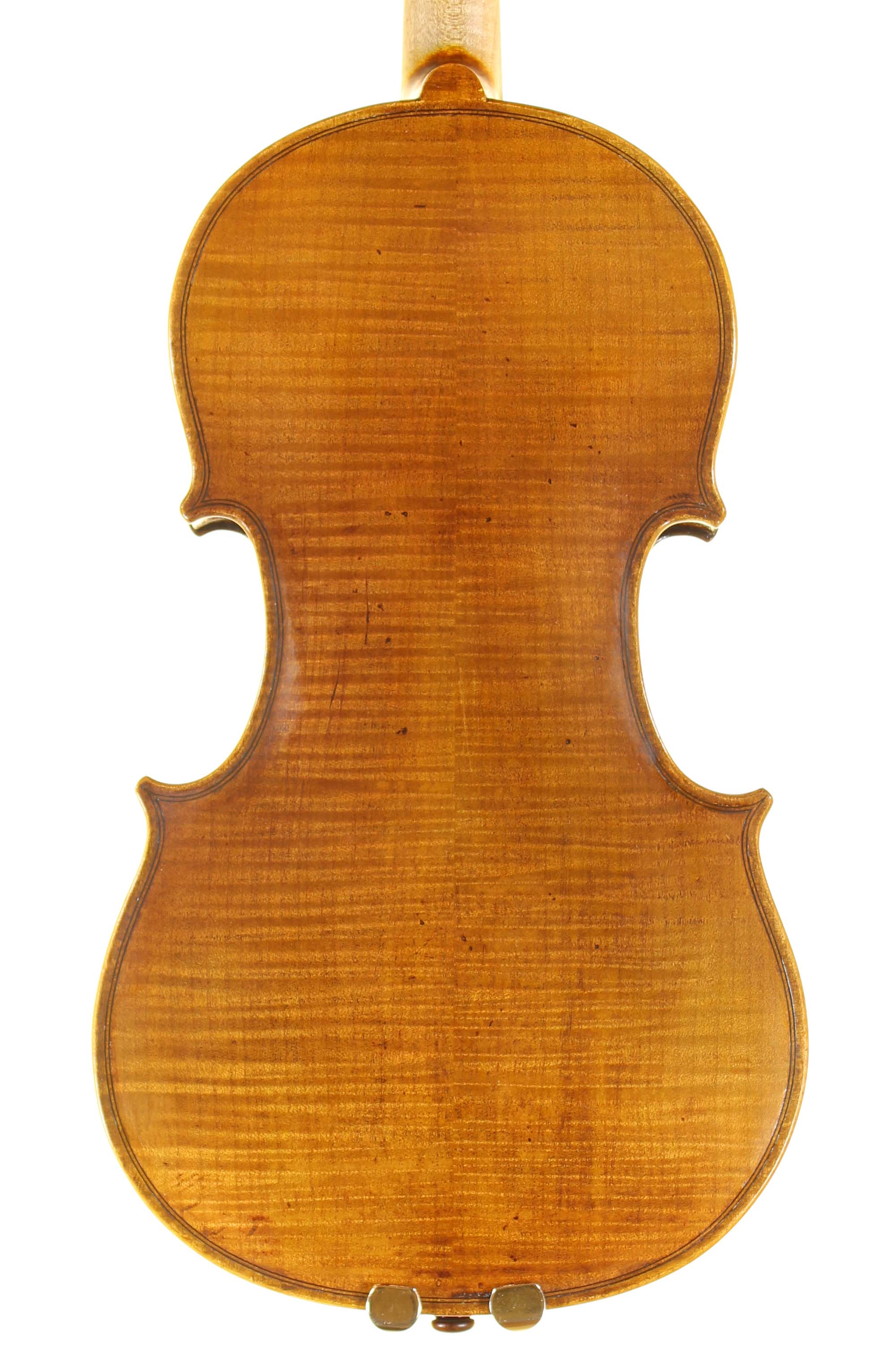 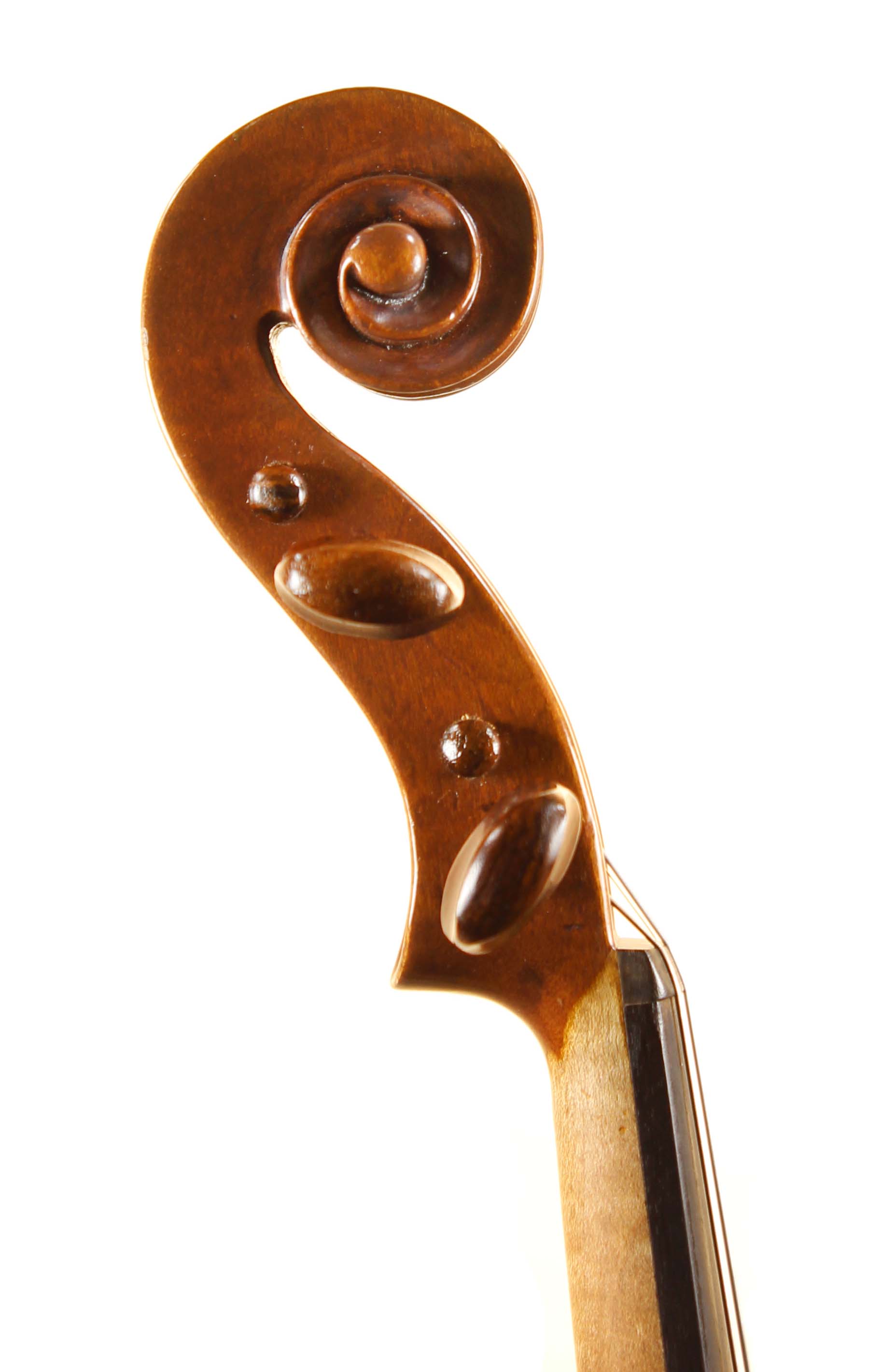 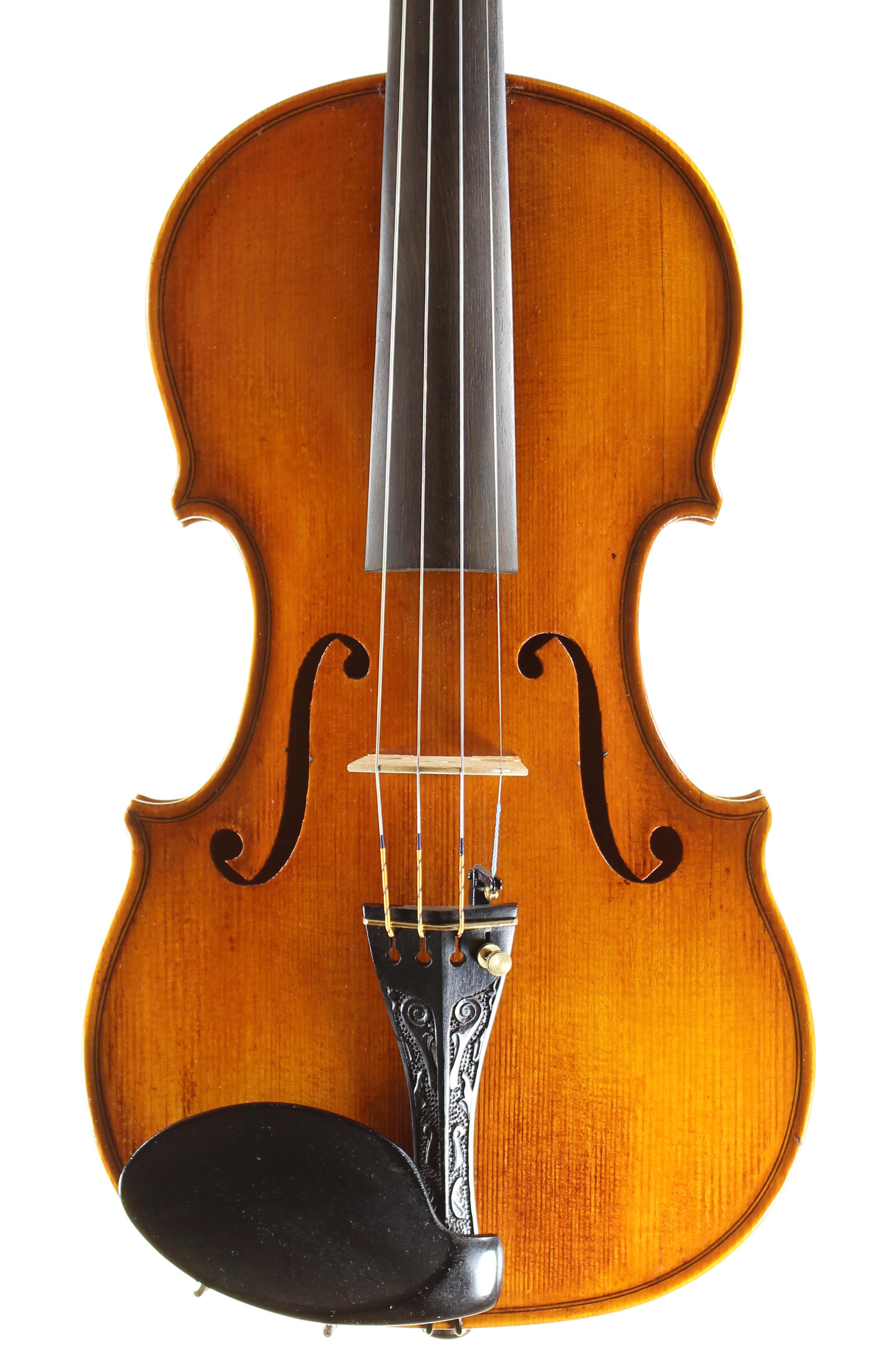 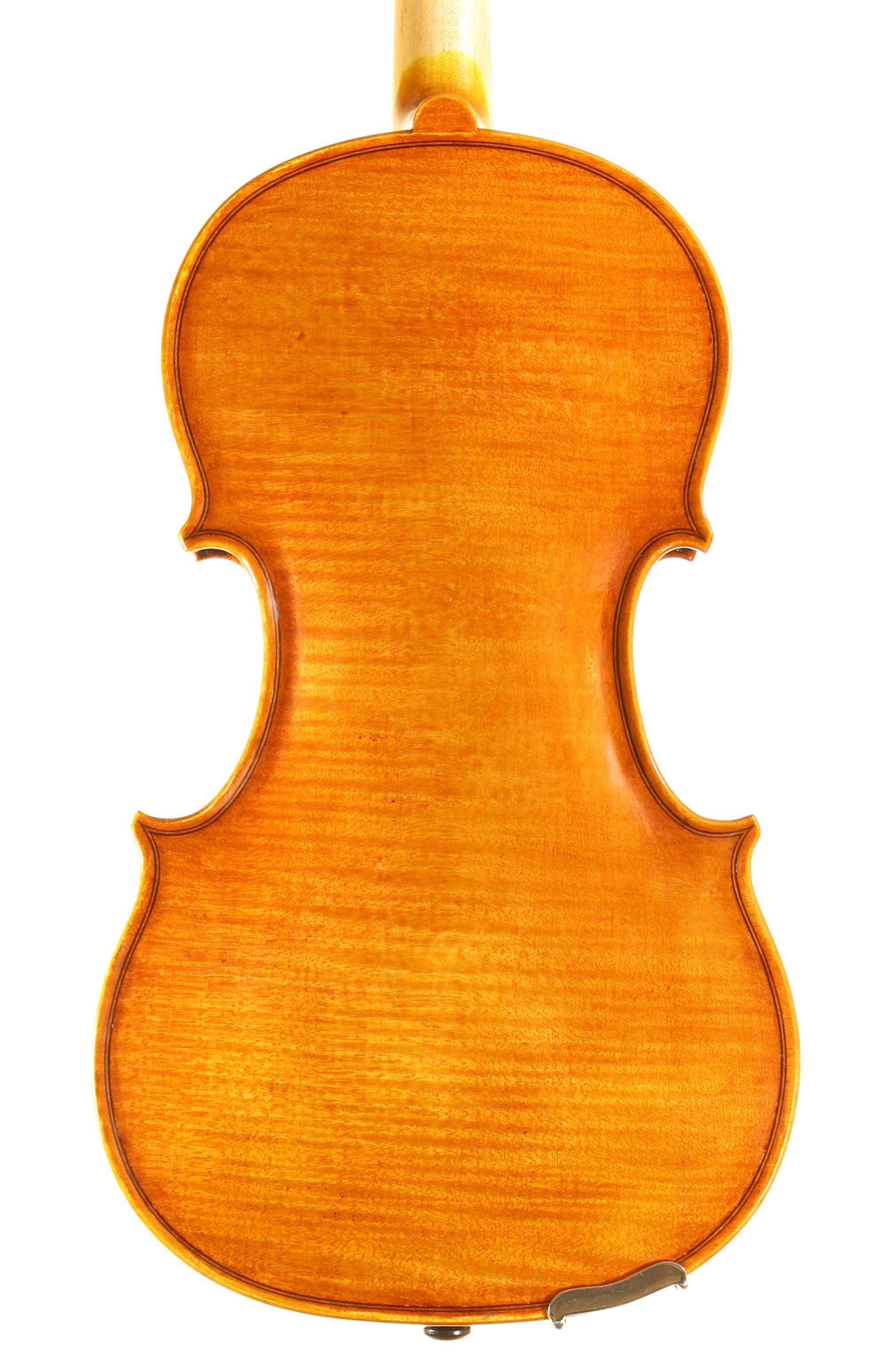 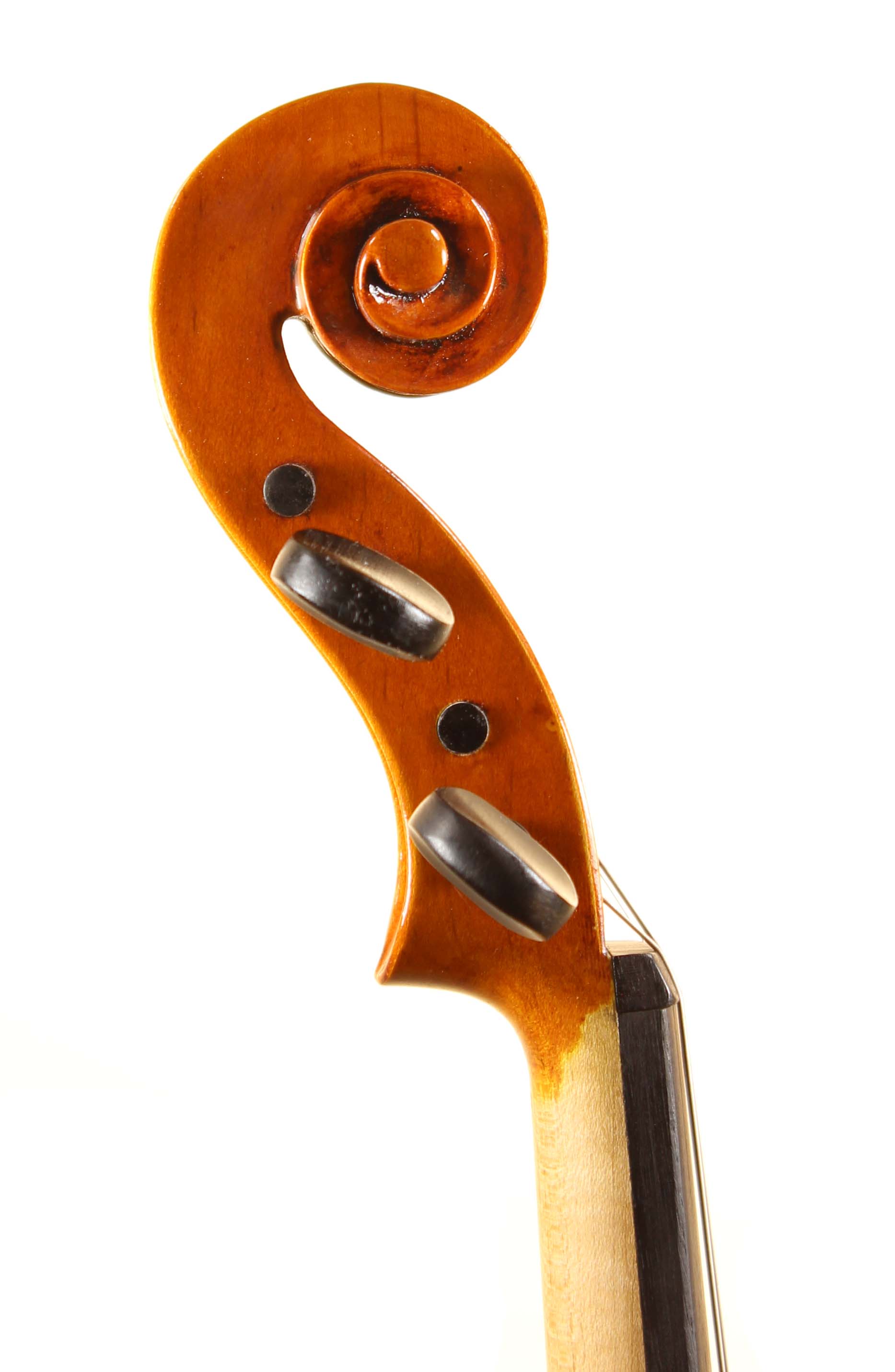 Otto Erdesz
Early in John's instrument making career, he was asked to make a viola having a robust, dark sound, a strong C string, and an A string that did not possess the dreaded “whiny aluminum” sound. Soon after, a viola by Otto Erdesz (the late Canadian maker) came to him for repair. The instrument played like a dream and was fitted with a slender neck for a small hand even though the body was 16-1/2’” with taller ribs than usual. Like the original. this model has the true viola sound – the sonorous clarity of a violin on the upper strings with depth and power on the lower strings. Anyone lucky enough to find this instrument as a match for them will have a lifetime of playing enjoyment!
Anno 1995 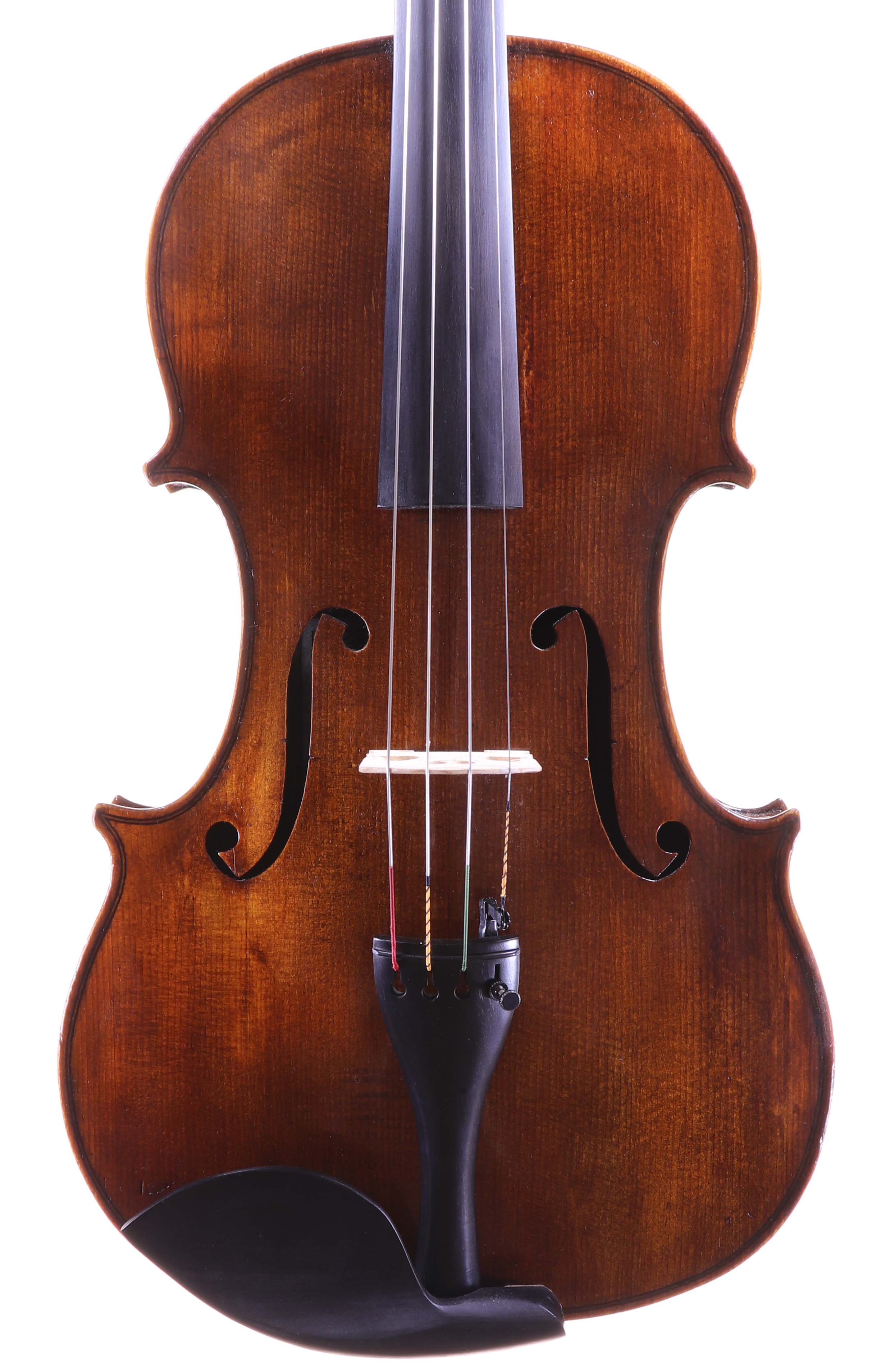 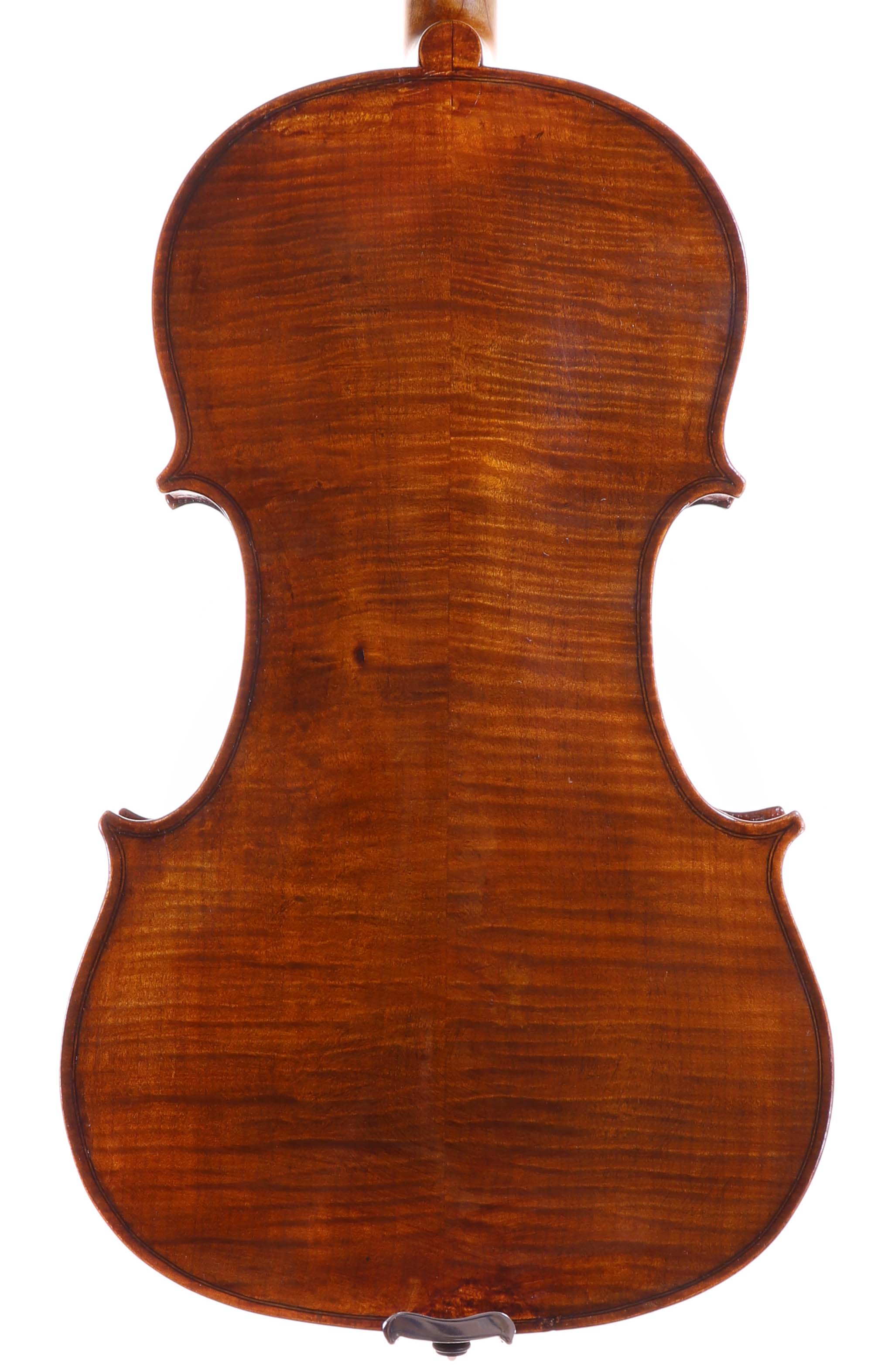 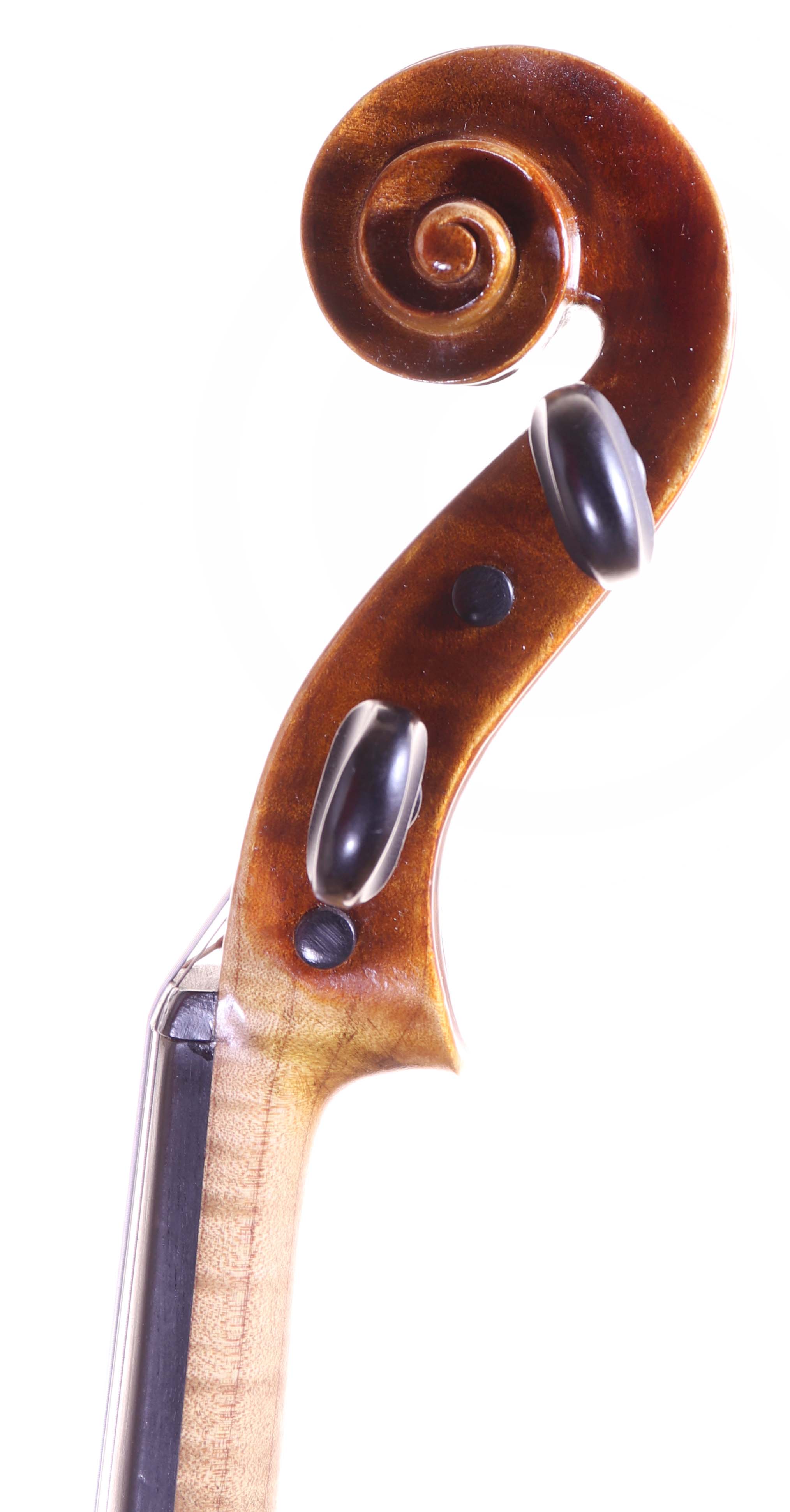 Domenico Montagnana
The celli of Domenico Montagnana are the beautiful giants of the instrument world. Often known for being oversized among cellists, some of his celli were cut down in size in the late 1800s. One of these cut-down instruments is played by world-renowned cellist Alissa Weilerstein. On the other end of the spectrum in size is the non cut-down cello played by Yo-Yo Ma, the “Mayes” Montagnana 1733. John has developed his pattern to balance the deeper tonal colors through broader proportions while exhibiting upper end projection capabilities through specific adherence to original plate graduations.
Opus 22 Anno 2019 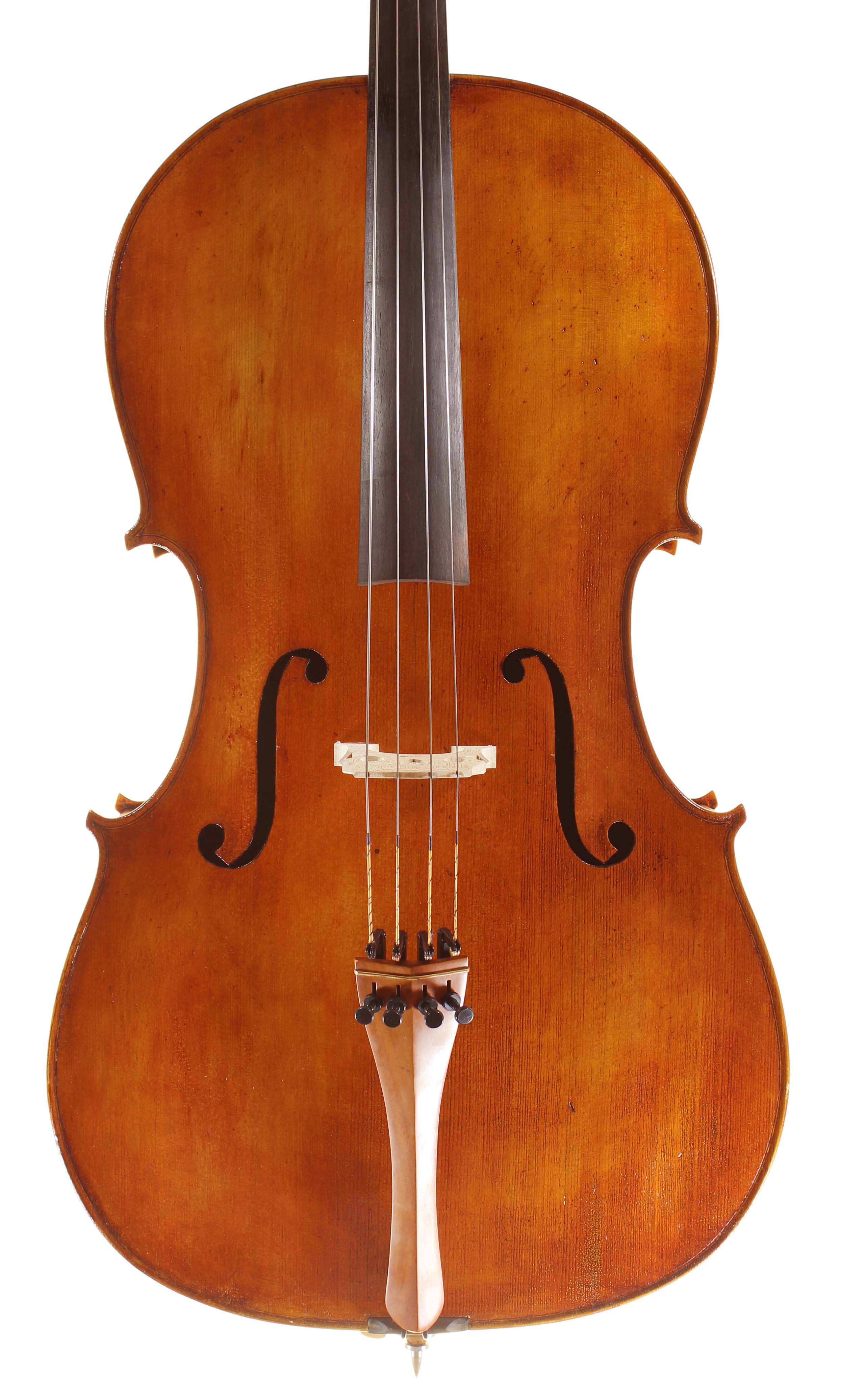 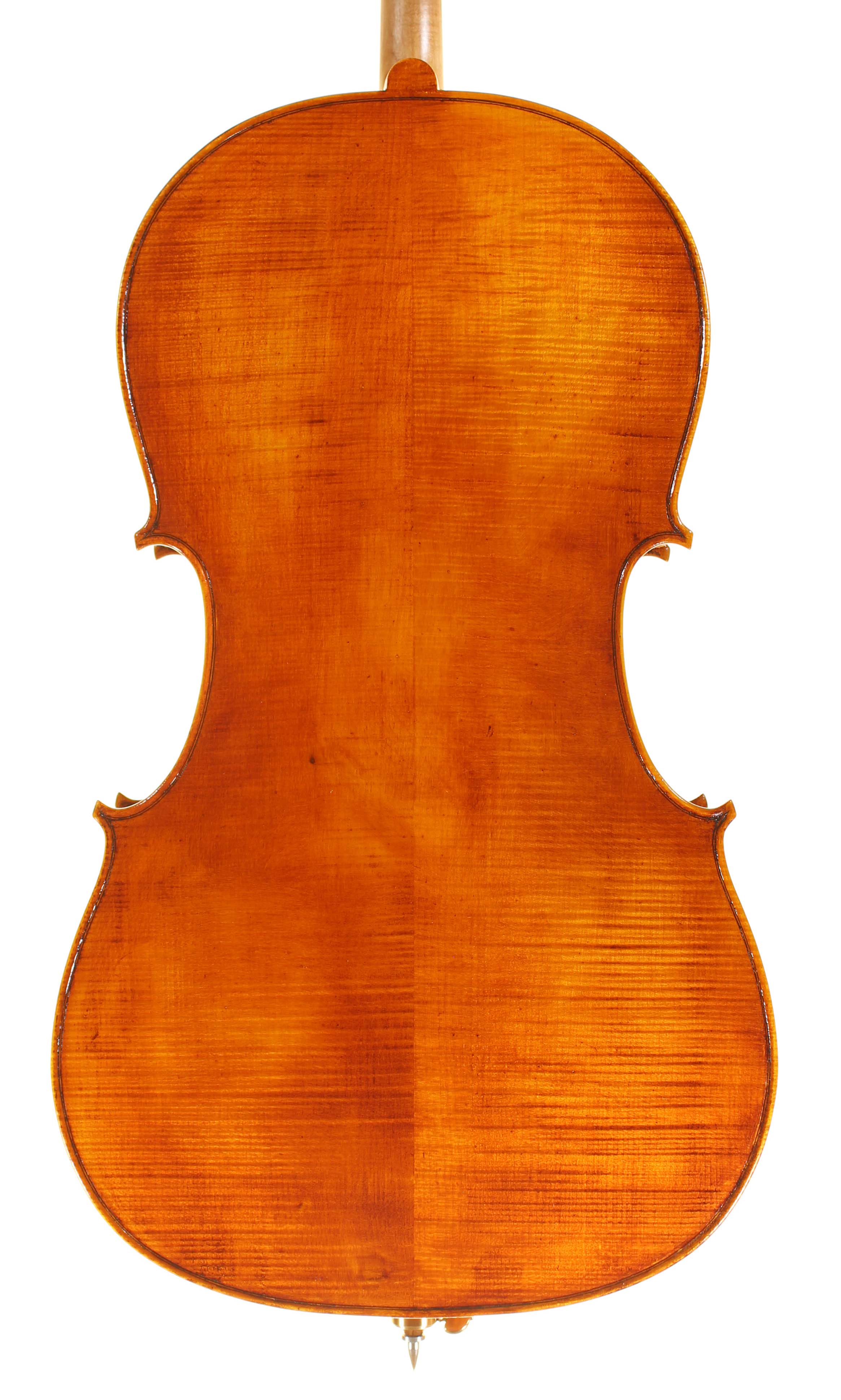 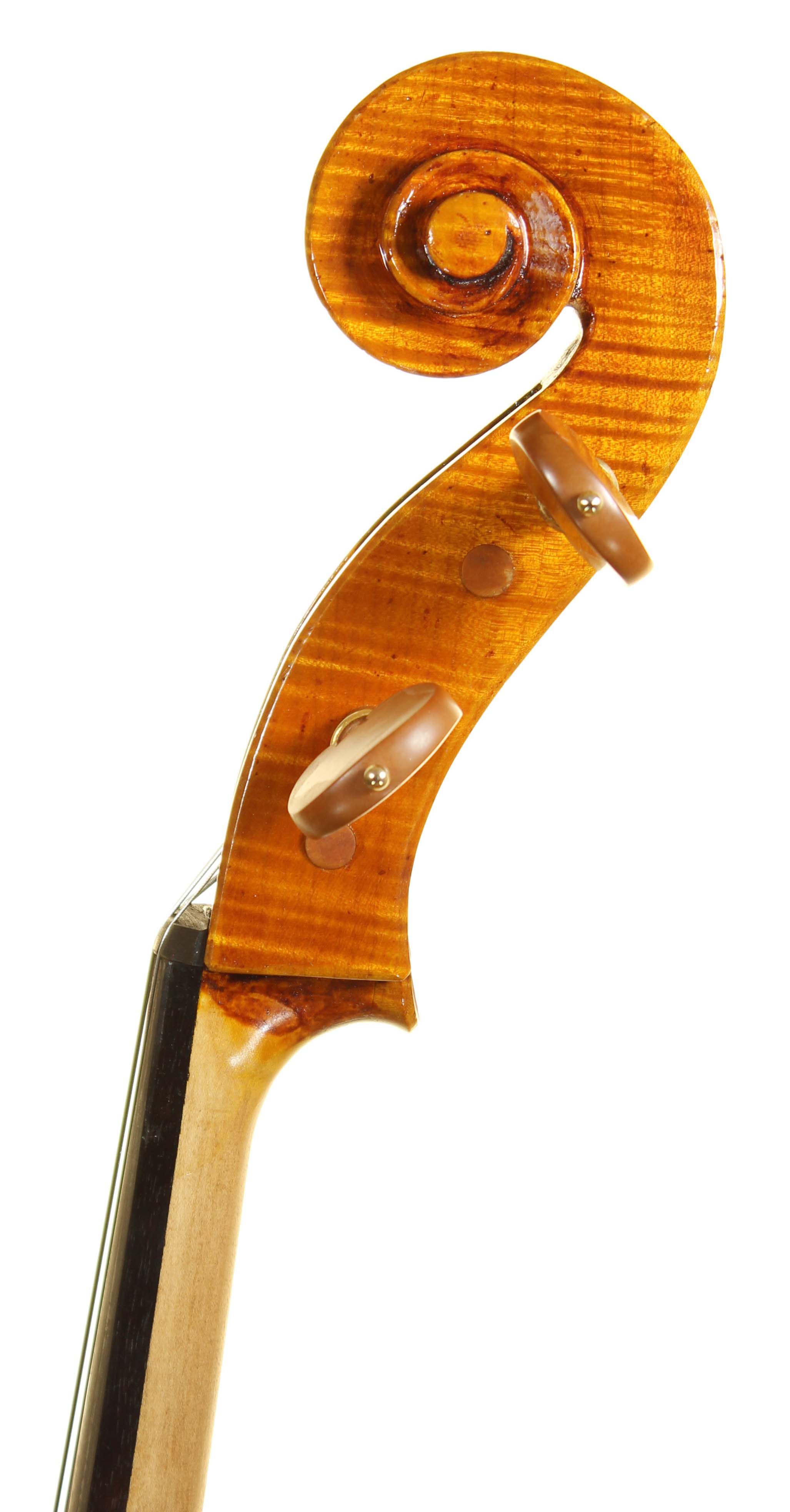 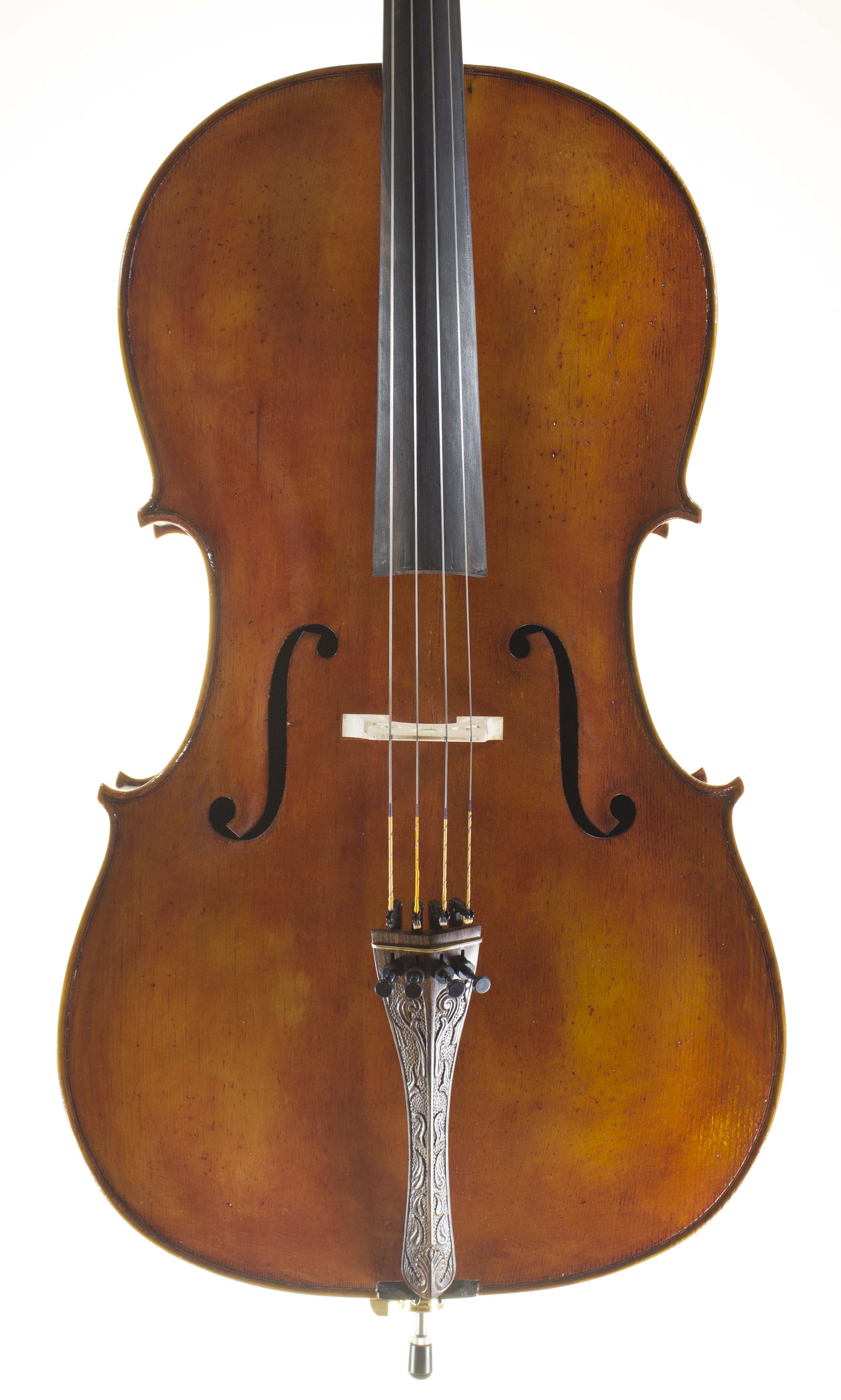 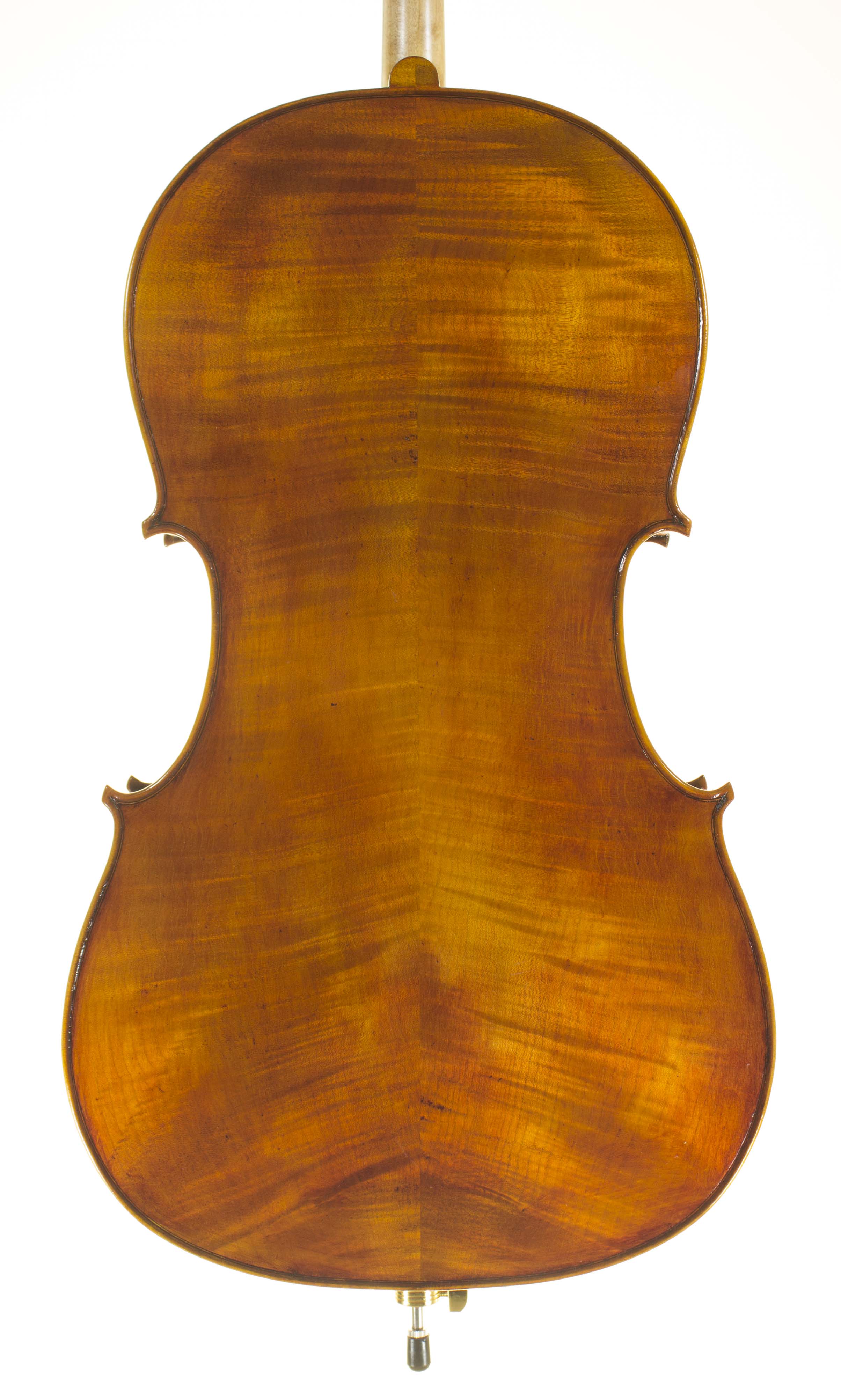 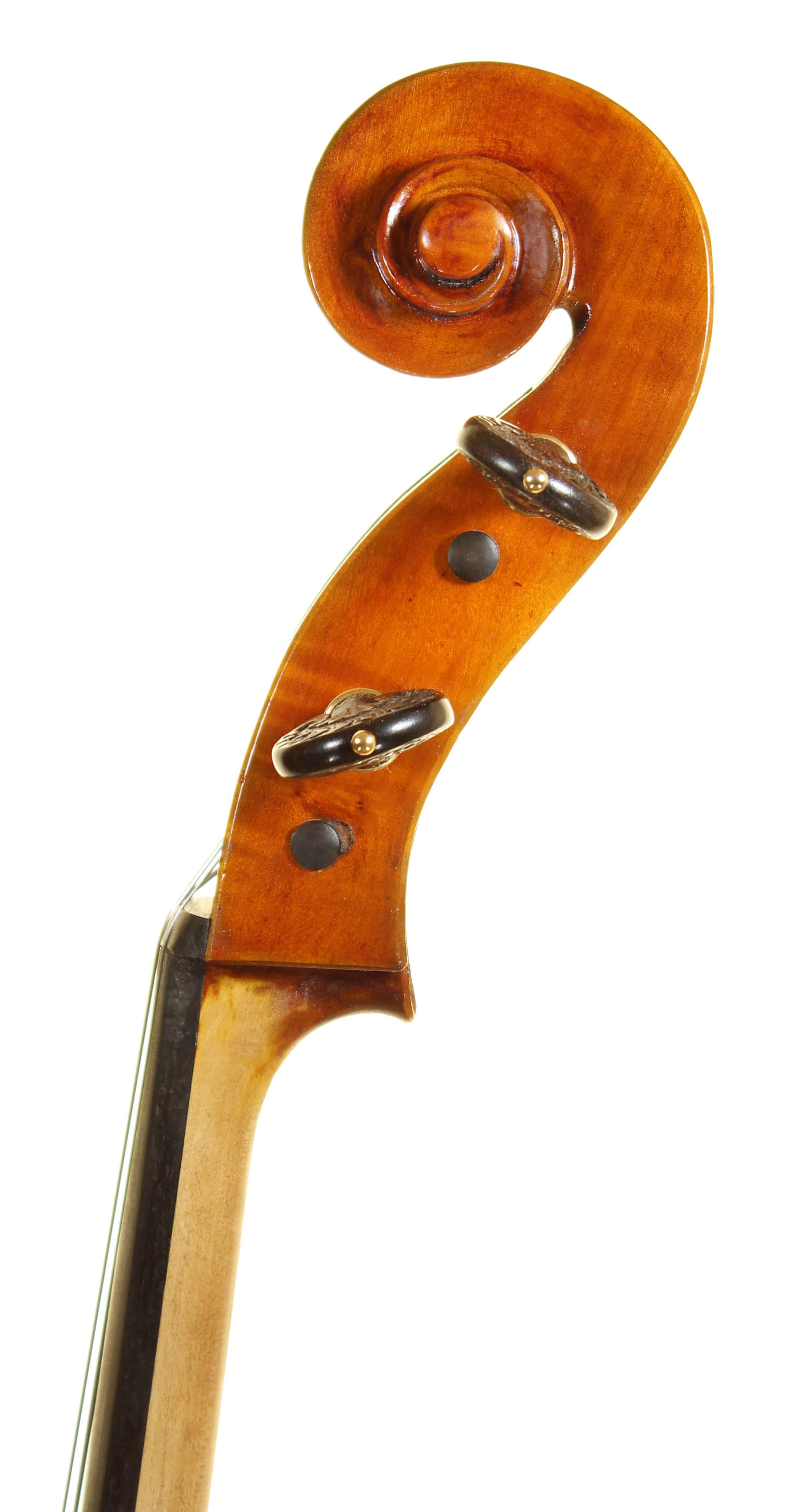 Antonio Stradivarius
Antonio Stradivarius is the one maker to have successfully had his name become the most forged in the music world. His level of craftsmanship of original organic design has yet to be paralleled by instrument makers since his era. Many musicians attempt to achieve the golden and brilliant sound of a Stradivari from their own instruments while those of the master will effortlessly produce this sonority in spades, gracefully leaving others in their wake.

This pattern of John’s takes into account the curvature and nuanced asymmetric sculpture desired by the human eye. Being a smaller and modestly proportioned shape in comparison to its counterparts, this cello can be described as a highly comfortable fit for many cellists. Looking closely, one will find the f-holes paying homage to Giuseppe Guarneri ‘del Gesù’ having a narrower profile than those of his contemporaries. The combination of these features culminate to a refined sound expressing focus, power, and depth. Despite the modern approach to its making, one can hear the timbres of old while playing this exceptional instrument.
Opus 21 Anno 2019 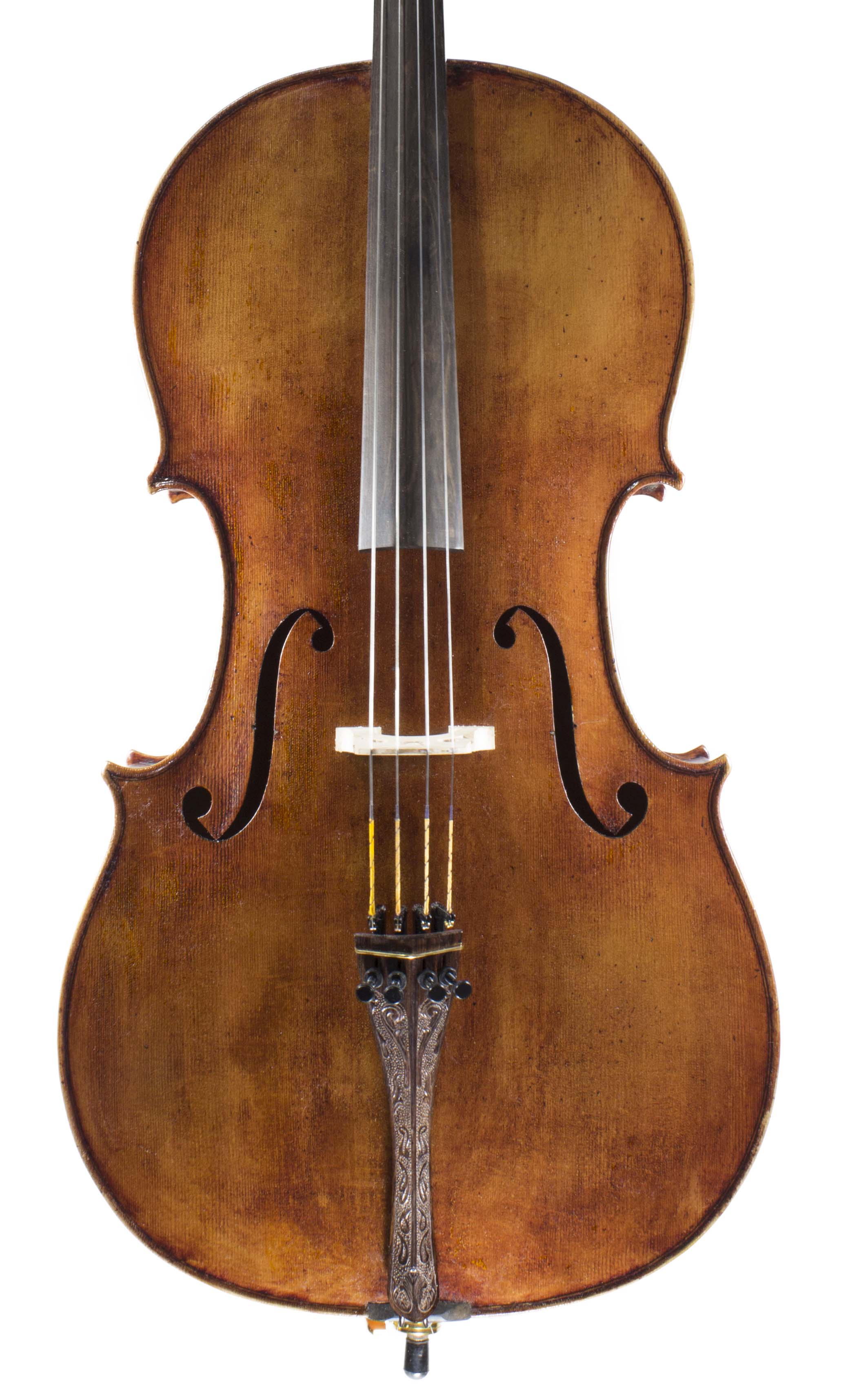 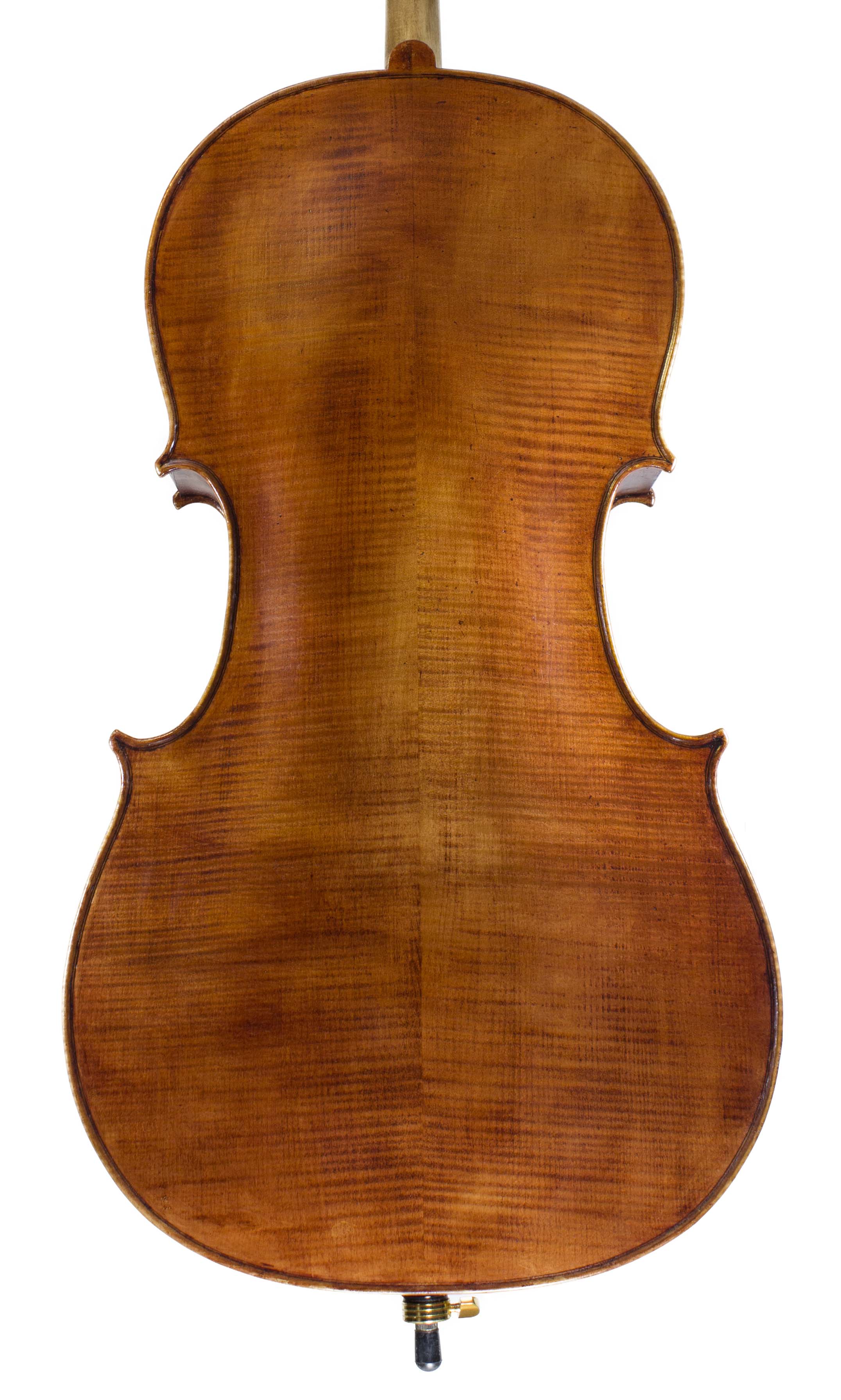 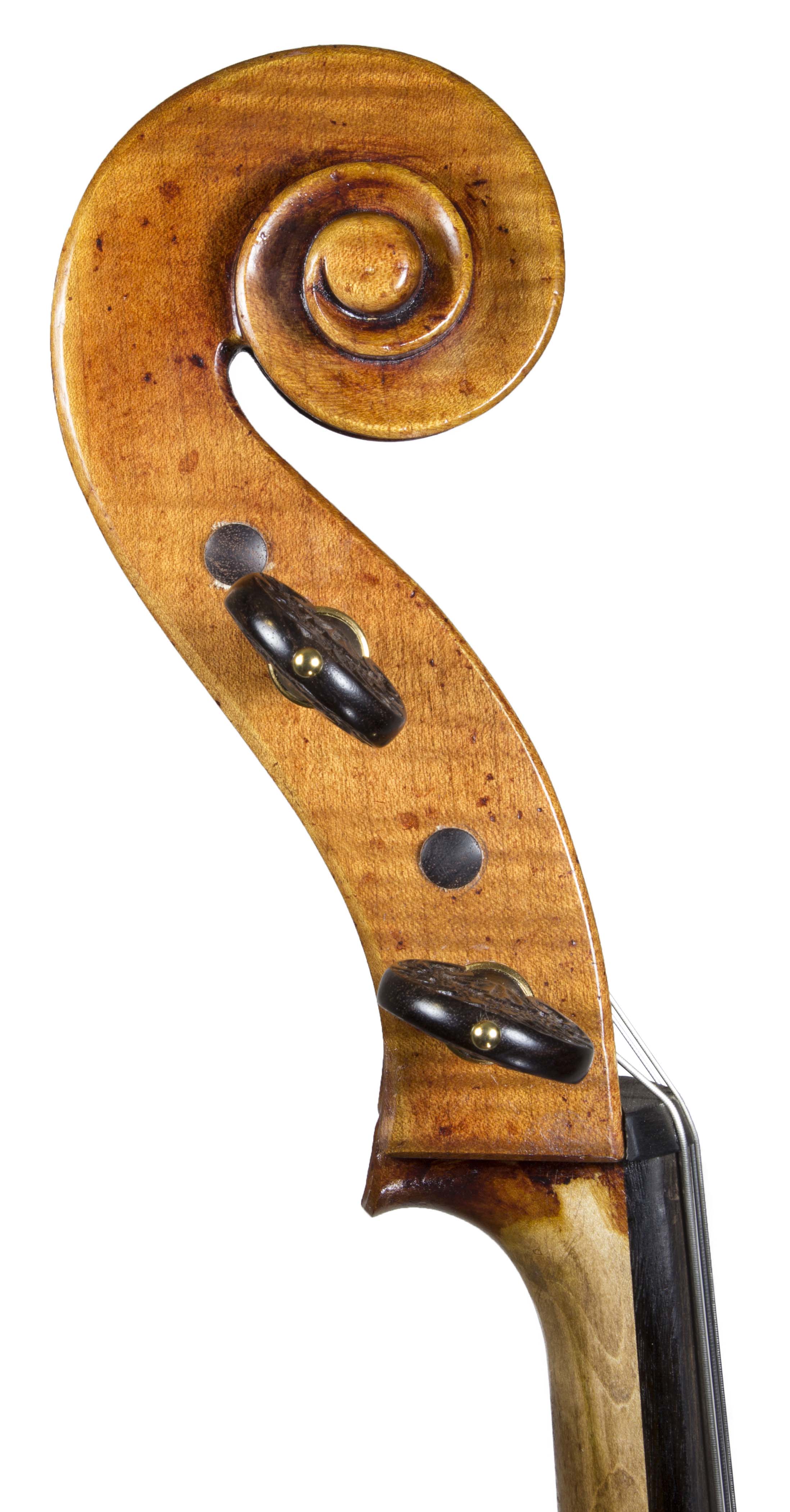 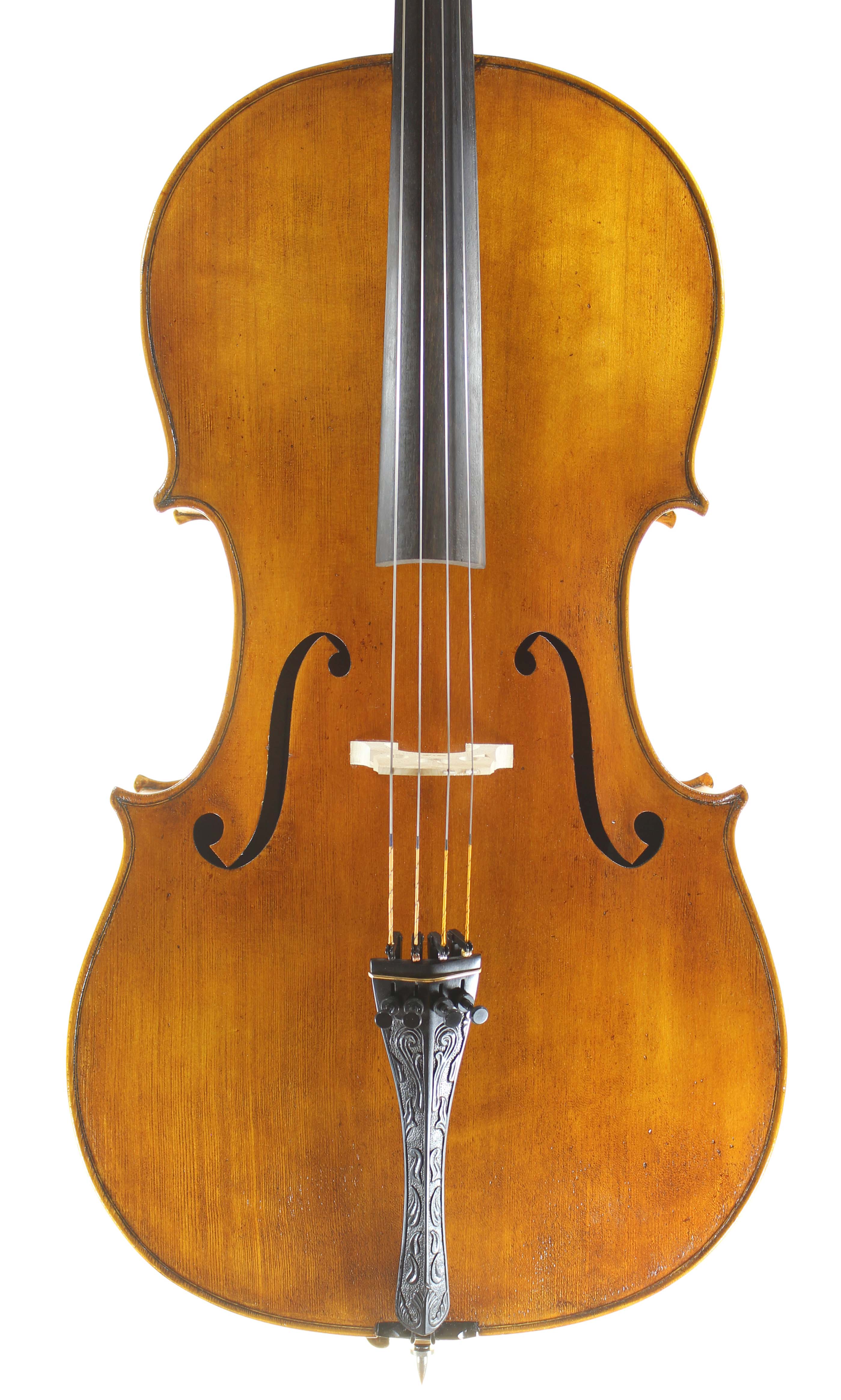 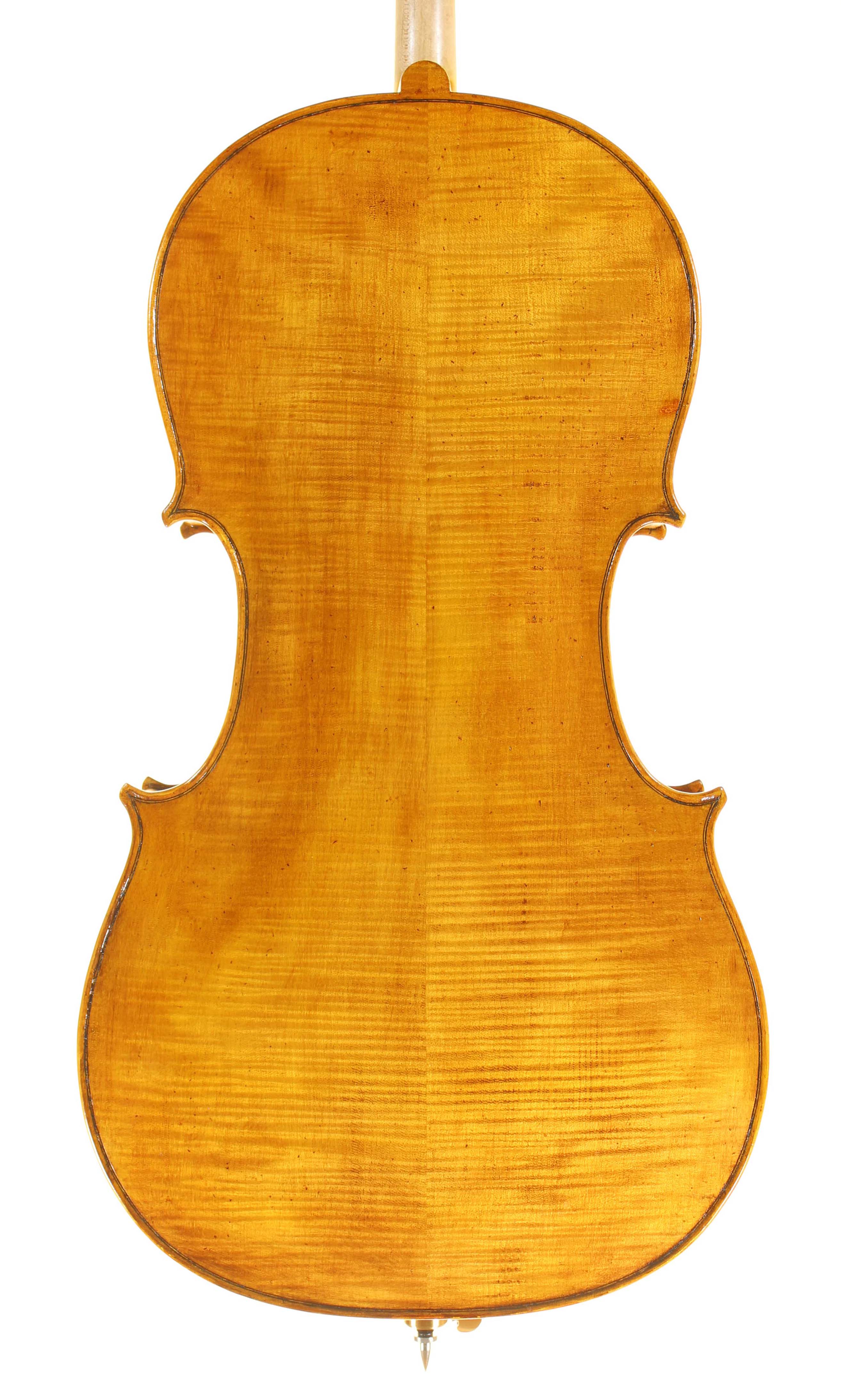 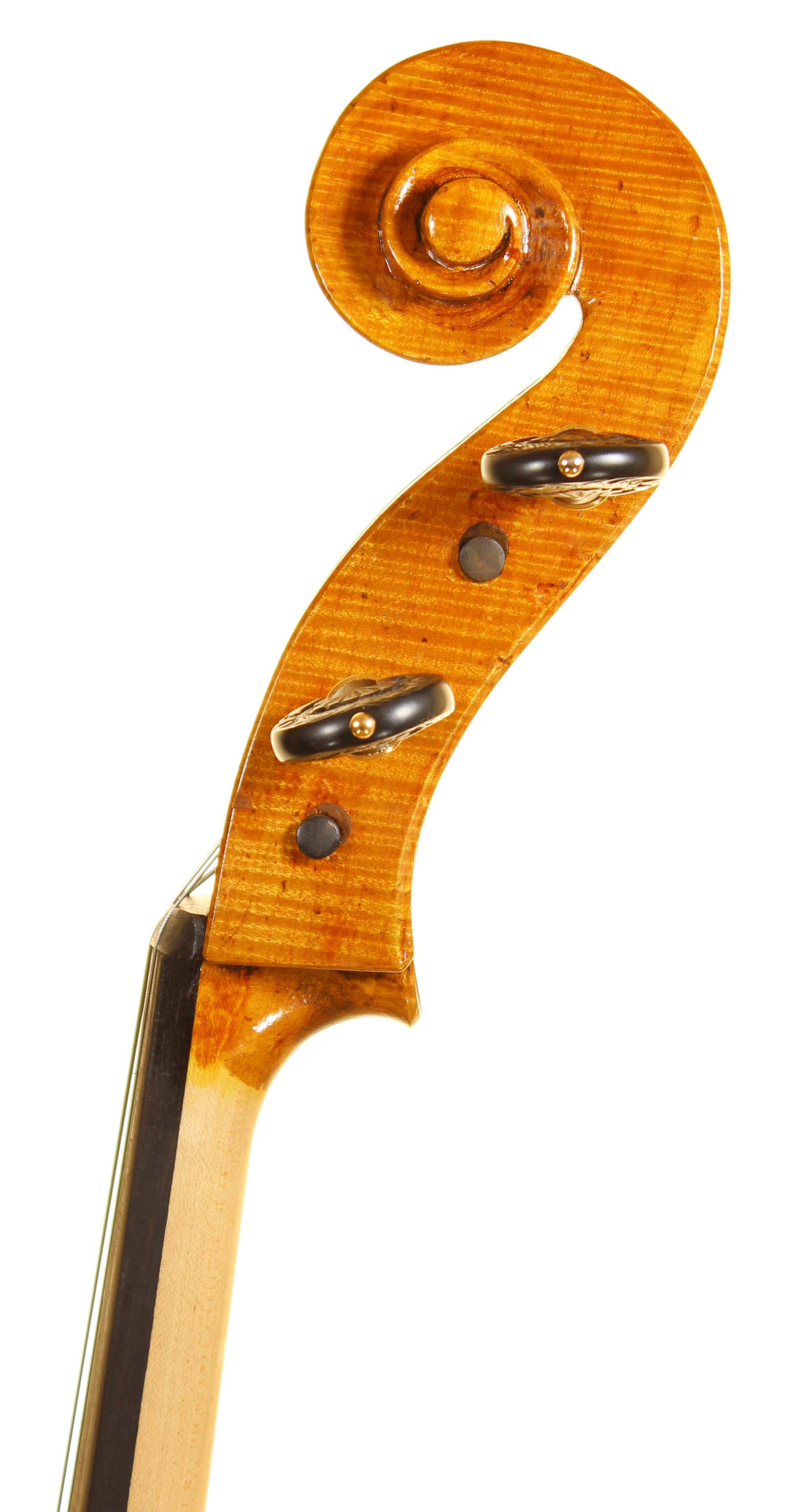 David Tecchler
New Cello Model of David Tecchler, 1712
From Kirk Violins, Inc. John Kirk Luthier
‍
Recently, we had the fortunate opportunity to take digital age measurements of a cello made in Rome by David Tecchler in 1712. The instrument has papers of authentication with original photographs and signed by Rembert Wurlitzer, the “Gold Standard” of an instrument’s pedigree.

After making a duplicate mold for the rib structure, the tops and back arches were carved so closely that the current owner did a “double take” when seeing the first instrument produced. Upon viewing the instrument, he exclaimed, “For a moment, I thought you had changed the varnish slightly on the original!”The new model is tastefully antiqued to show delicate age, and also sports a scroll graft in the style of most instruments 1820 or older.The sound uncannily resembles the original in its insistence of centering on the pitch, which has full depth and power in both the lower and upper ranges.
Opus 29 Anno 2019 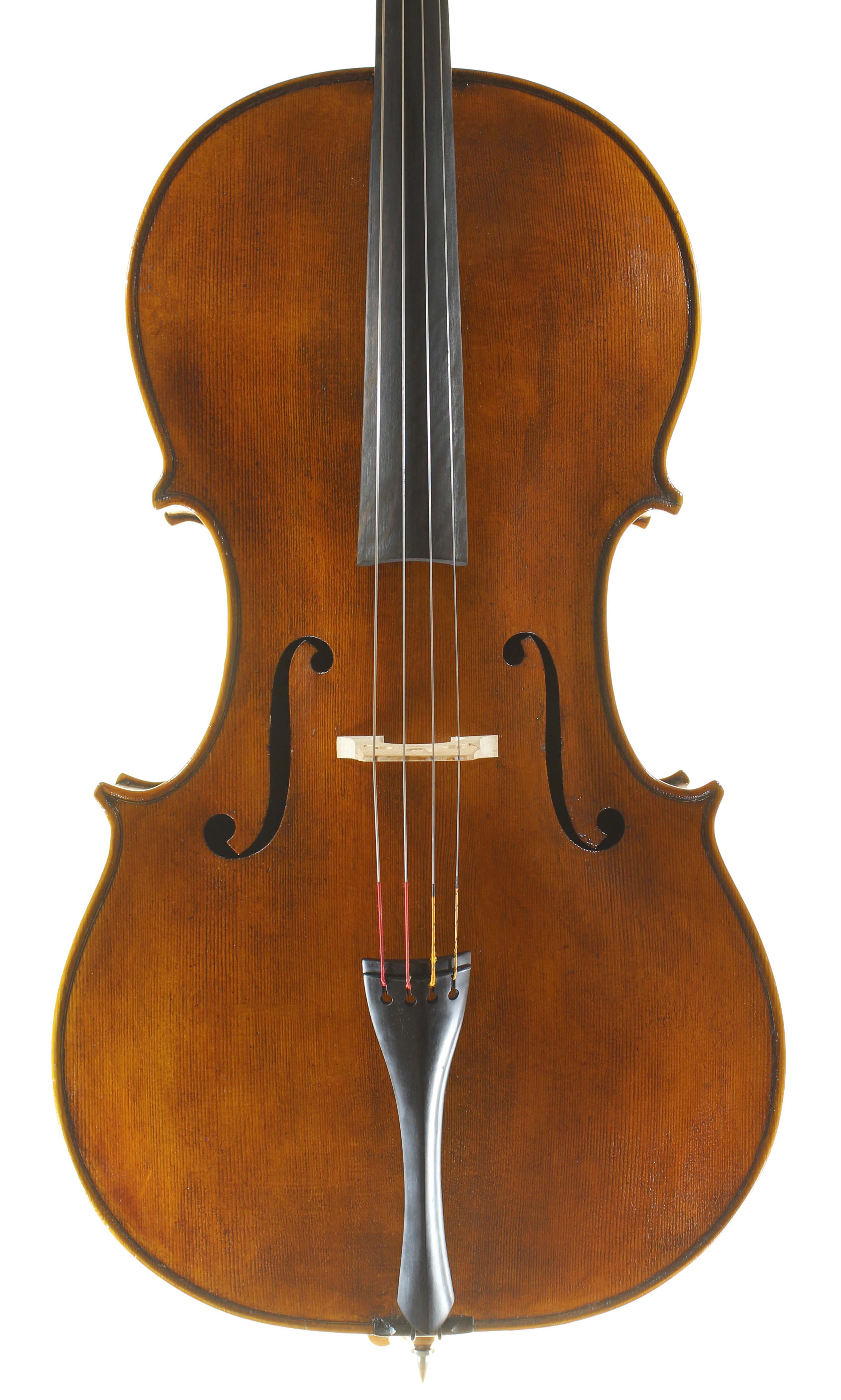 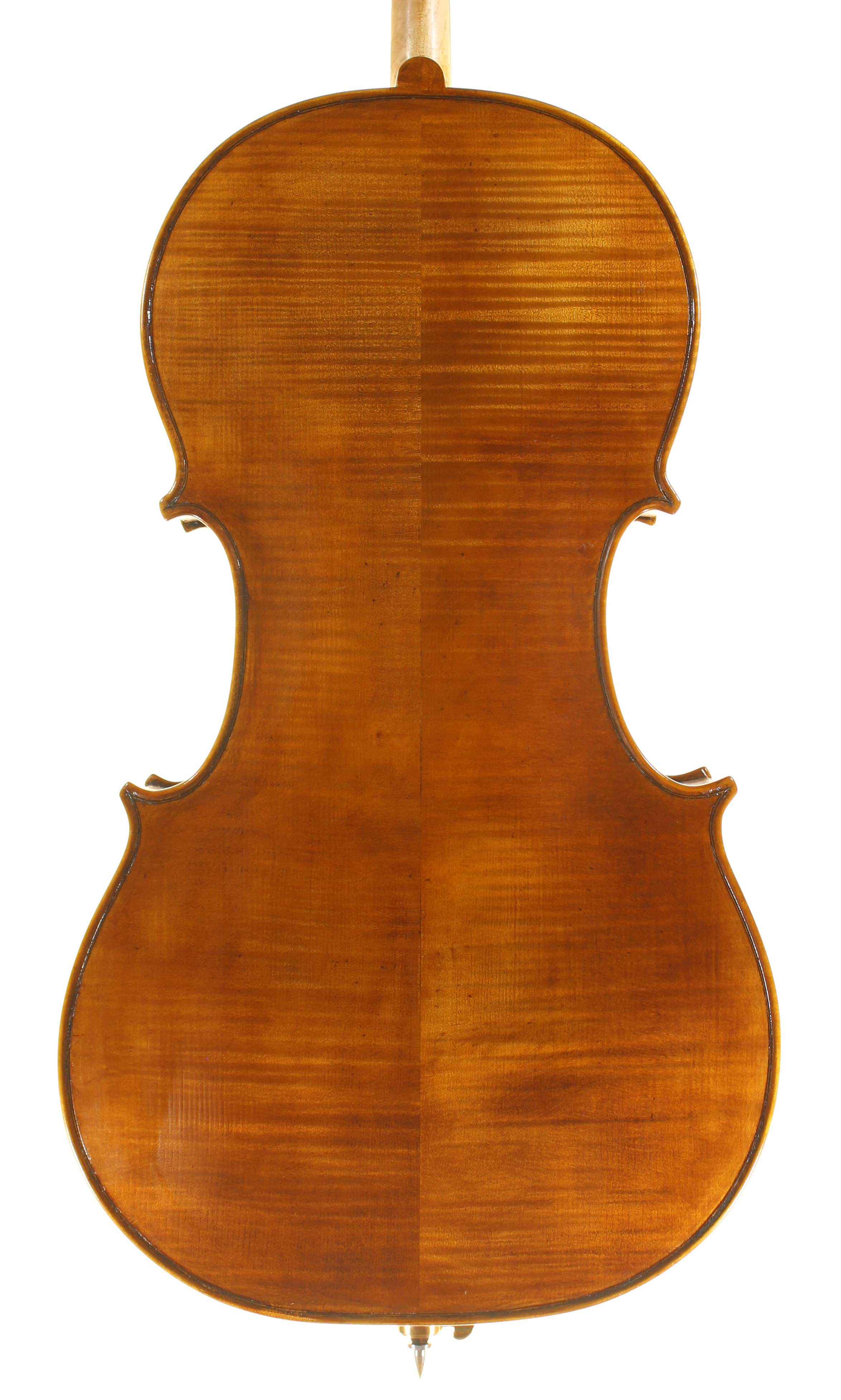 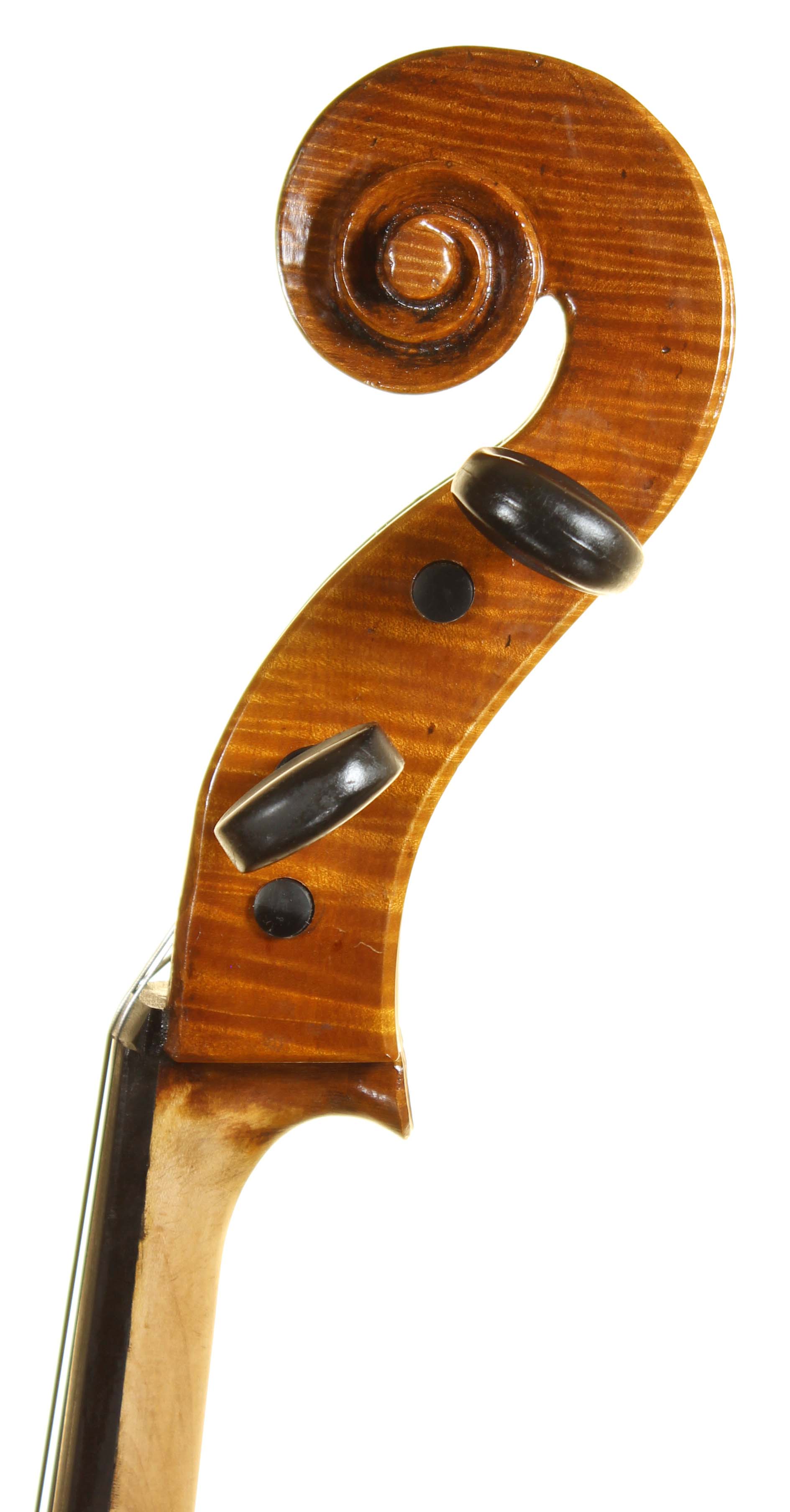